Those gongs were crazy 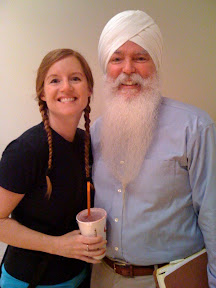 I stepped outside of my comfort zone this week and attended a Kundalini yoga class at Kundalini Yoga East in Union Square, New York City. I have been invited to attend the class in the past, and never made it happen. I saw those kundalini yogis leaving classes at Yoga Journal conferences exclaiming things like “Oh my god, my arms, that was crazy!”. I resisted trying this different style of yoga, it wasn’t a big deal, but I resisted and avoided it. It’s so easy to keep on doing what we do and forget to challenge our habits and beliefs once in a while.

What is a kundalini class like? We did a series of movement meditations (like twisting quickly from side to side, folding forward and releasing) and breathing exercises which (in theory) opened the energy channels and released tension throughout the body in preparation for meditation. You work up a little sweat, but it’s not a workout in the way that vinyasa or more active forms of yoga can be. I felt good and stretched out after, and was a little sore the next day. 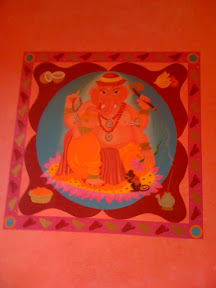 The meditation was incredible. I meditate regularly, and it’s a large part of my roxtar life practices that keep me sane, healthy, and happy. This time it felt so calming and clearing, I was on cloud 9 for at least 24 hours after the class. A typically stressful work day just slid right off my back. As soon as I settled into the meditation I could tell something was different, but then the gong was added. I’m not talking about the Gong Show here. The gong made this insane, vibrational noise that sometimes got so loud I wanted to cover my ears, but then the teacher (SJ, a good friend) would ease up on the sound and I’d want it to keep going.

Fun stuff! Stepping out of the box once again yields benefits. And meditation just might save the world from itself.

This entry was posted in health and wellness, life, travel. Bookmark the permalink.

2 Responses to Those gongs were crazy

With Google+ plugin by Geoff Janes and Thorsten Hake